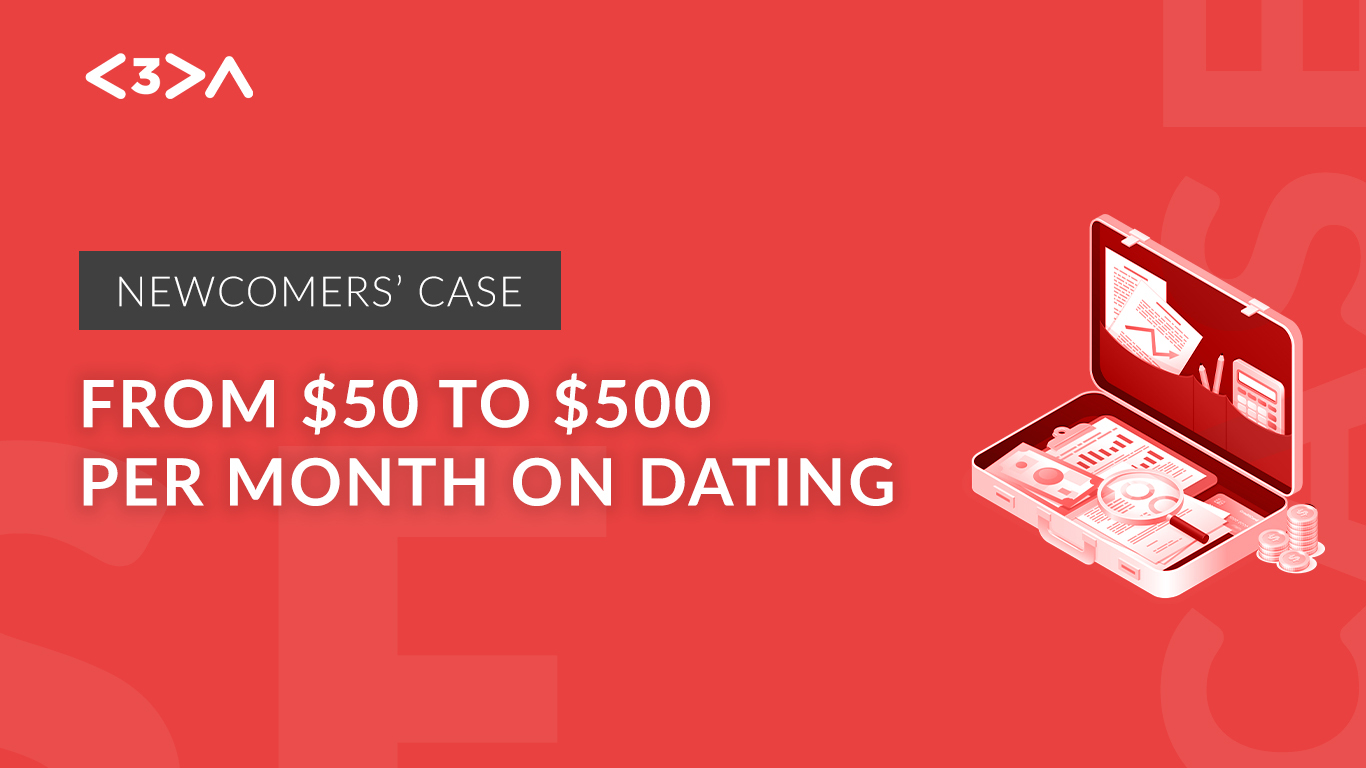 There will be no sky-high figures in this case, I just want to demonstrate my experiment and its results: how I earned up to $500 from $50 on dating. I'll tell you right now that I already had experience in dating, especially in sending traffic from social networks (spam, target + cloaca, advertising in groups). Therefore, I had no problem with getting exclusive offers from the affiliate network.

This case is about how I switched from working with traffic from social networks to display sources from ad networks. I send traffic a couple of months from different sources and have found successful funnels for almost everyone. But now I want to tell you about the first set “source + offer”, where I turned a profit with a minimal budget. I've been testing various affiliate programs and offers in conjunction with different sources but it worked immediately, which allowed me to scale up confidently.

I used to work mainly with SmartLink affiliate programs for spam, but in this case, I was looking for more direct offers. So I chose the network based on reviews and positions on “Partnerkin”. And after working with 3 affiliate programs from the TOP of the list (it was C3PA, Vortex, and Cpamatica) a successful traffic sending came with C3PA. Friends suggested to me which offers for which GEOs I should request from managers, and given my limited budget, the daily payouts have been very helpful.

I tested the offers on the advice of my friends and the affiliate manager of C3PA. I had relevant experience and was suggested 3 offers. Rates suited me: according to the manager, the average conversion rate for banners was 1:12-1:15. Firstly, I tested Frechefrauen69 [SOI] Exclusive, Supremeflirt.com CPL DE [SOI], and Klasseleute.de CPL DE [SOI. These offers have easy registration flow, as well as good banner ad conversions. I allocated about $10 to test each set (traffic source, offer, landing page). The amount for the test was calculated based on the cost per click in the source at this GEO. There were 2-3 landings in the split, and I targeted mobile devices. In total, the test took about $50.

I tested a variety of sources: ExoClick, Kadam, Traffic Hunt, Traffic Factory. It worked best  with Mirelia.co for several reasons:

The funnel consisted of such landings:

Also, MireliaSP has a great feature — a list of pre-landers that can be used before the affiliate tracking link: 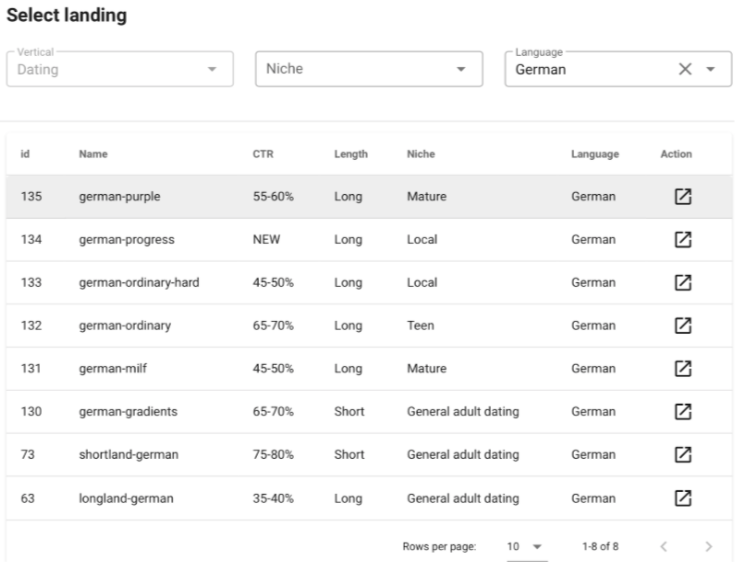 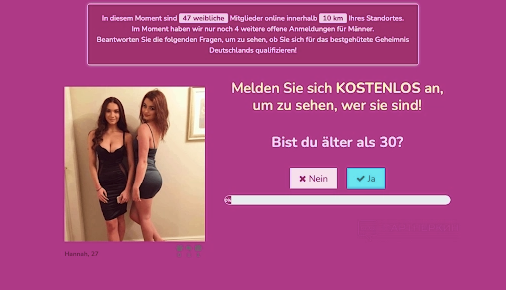 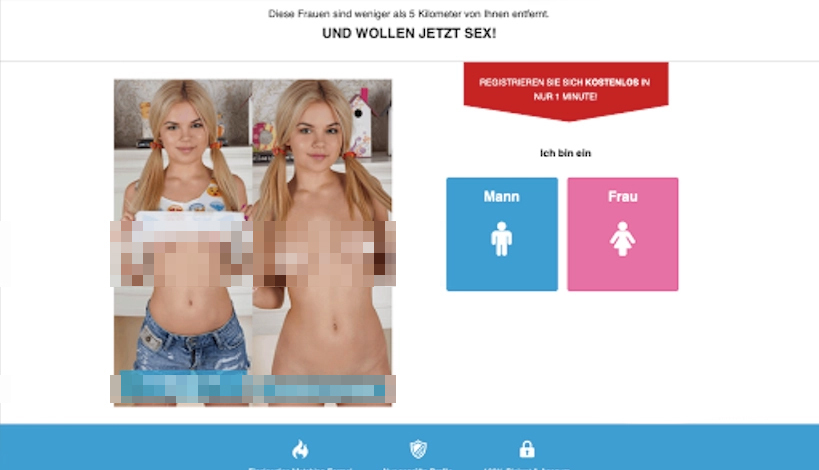 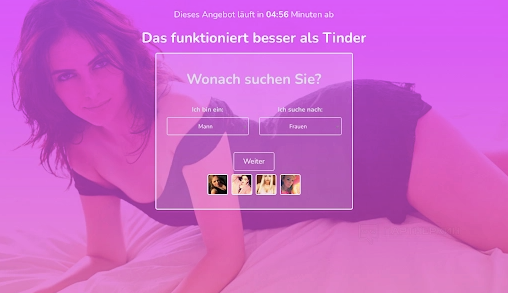 At the stage of building the funnel, I picked up all the parts so that they looked organic for the user.

When traffic is sent directly from the source (to direct tracking links of the affiliate/product), the advertiser gets the address of the site from which the user came. The side that receives traffic may not like pre-landers and the affiliate manager can help with the problem. They change the type of redirect so that refs are not shown. But this method doesn't always play into the hands, since part of the traffic may not reach the advertiser. Therefore, it is better to redirect through the tracker and create your own domain so that there is visibility that the traffic comes from there. I bought traffic using the PPC model.

Conveniently, you don't have to prepare creatives – in the network, the managers immediately give normal ones, which speeded up the start. All you had to do was choose a pre-lander for your offer.

After the first week, I earned $140 and started optimizing right away. First of all, I stopped the offer Klasseleute.de CPL DE [SOI]. It had the lowest conversion rate.

The manager made a payment, and with this money, I replenished the balance in the source.

In the second week, I scaled up the campaigns in the source and after 7 days I already had over $270. But the conversion on Supremeflirt.com CPL DE [SOI] dipped a bit and I stopped the offer. For the next two weeks, only Frechefrauen69 [SOI] Exclusive was shedding and earned $220 in two weeks.

The connection is still holding on (I only change landing pages and sometimes test new offers). The manager of Mirelia.co helped to accelerate the campaign to a weekly volume of several hundred dollars. After strengthening the results, I switched to buying traffic by CPM, but this is another case.

Screenshot with statistics for the first week: 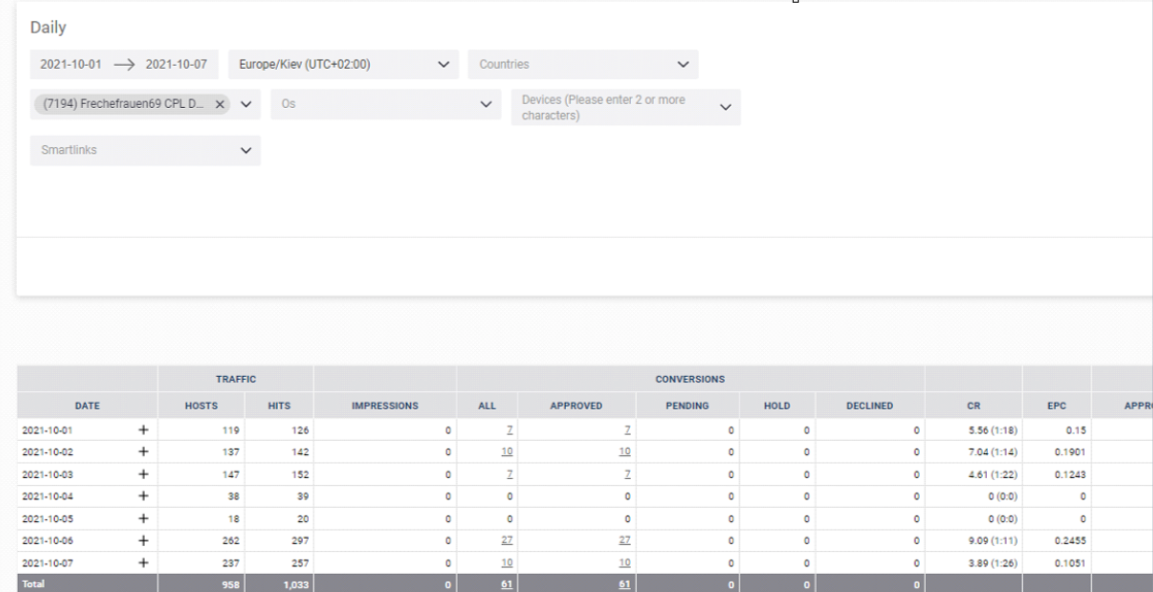 Yes, I have a small profit. But I posted my approach to show: 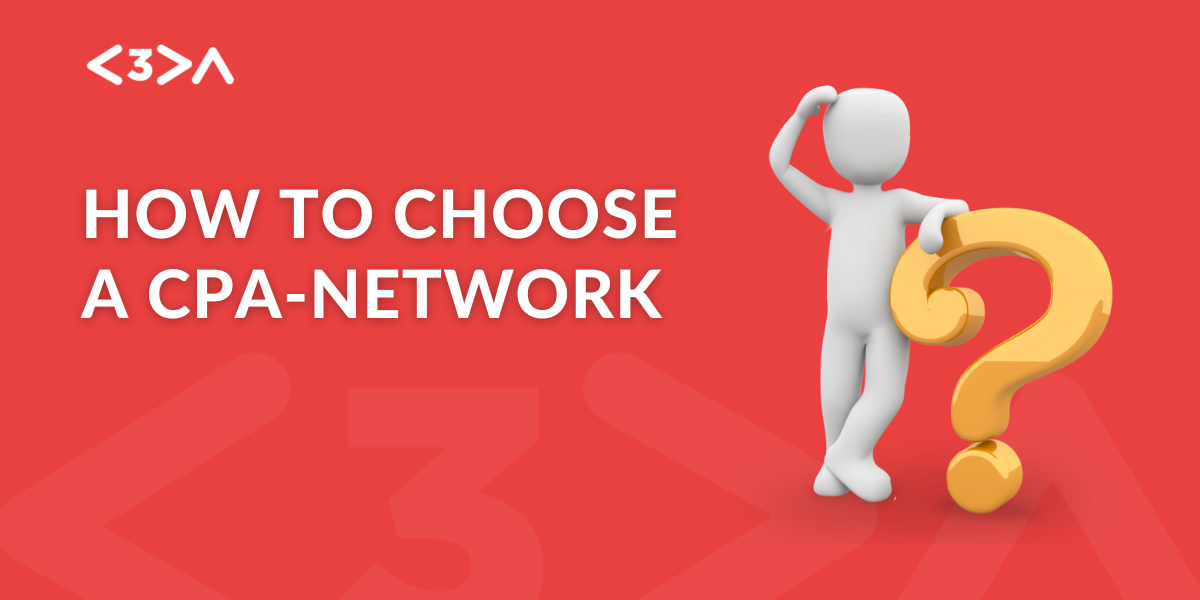 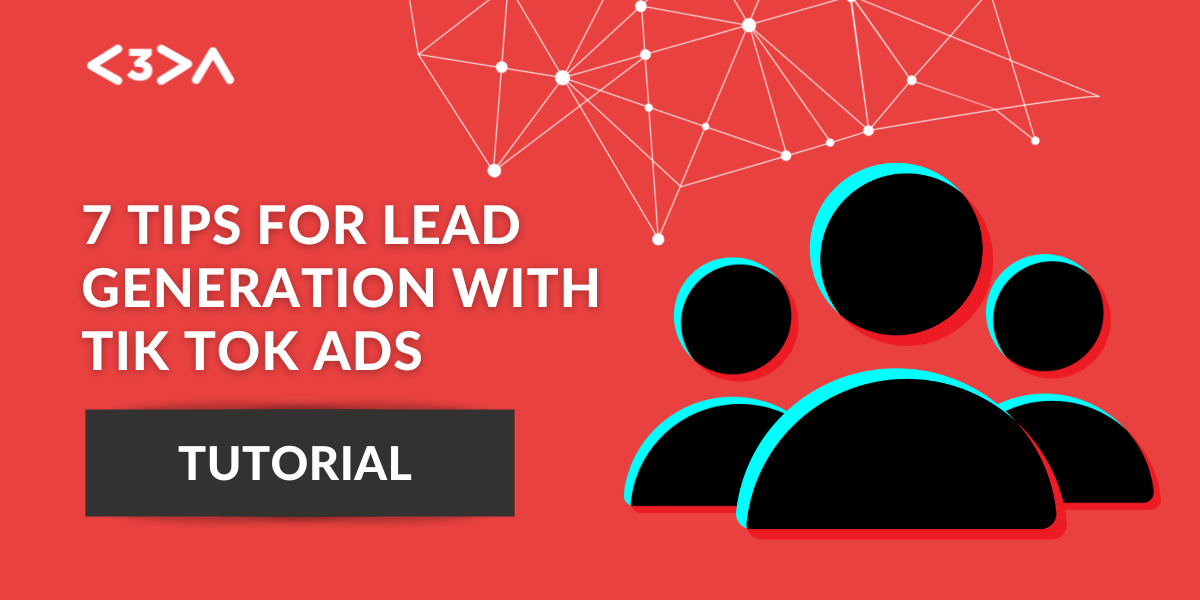 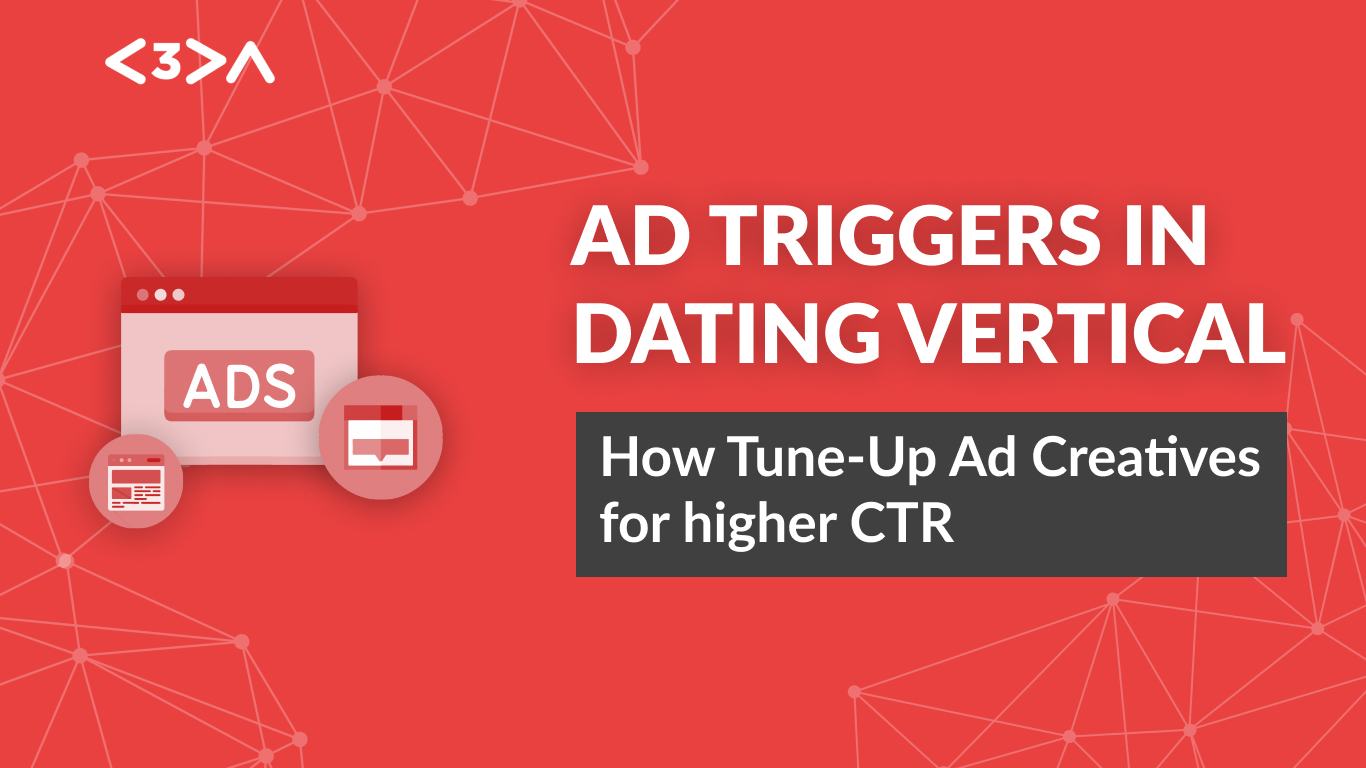 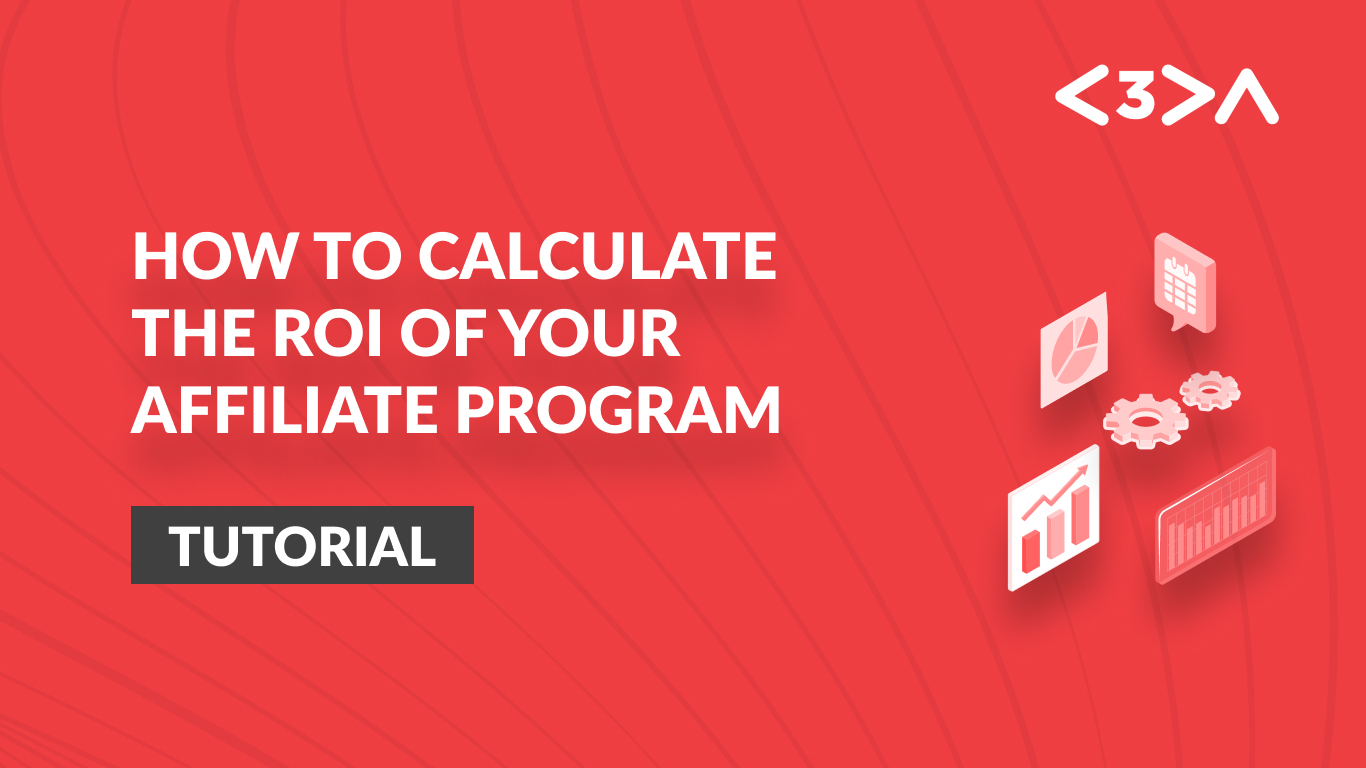